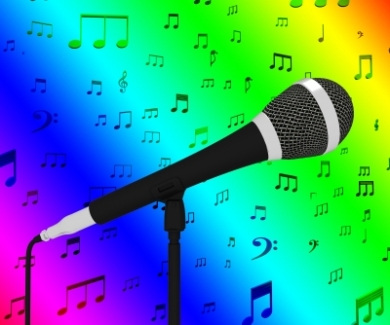 I love the sound of language. Beautiful words, powerful rhythms, and the passionate ideas that can unfold from inside them. Is it any wonder I’m fascinated by poets? I’d forgotten for a while how much I loved poetry until my older two daughters – the Book Princess and the Conductor – introduced me to spoken-word poetry. That art form has already produced some stars, notably Sarah Kay and Taylor Mali. But there are so many more yet to be discovered. I realized that when the Conductor recently took a poetry class, and brought home some of the poems a classmate shared. All I could say was, “Wow.” So I asked him if he’d mind sharing one of his poems with a bit of a wider audience. Thankfully, he said yes, so here is “Cindy” by up-and-coming poet Kevin Chen.

living on opposite sides of our father’s clock

you were born on midnight,

with both hands already

raised in a solemn surrender.

moved to the united states when you were 5

and met a familiar man who smelled like stir-fry cigarettes

who you’d later call dad at 6

became a makeshift matriarch at 15

your hands have never stopped moving.

I remember that night

when you told me, that your whole life

Like an inverted hourglass that nobody bothered to turn

they told you to keep your mind in the numerator

and your matter on the denominator

but you told me you were never good with math.

I used to watch your hands

you were a cartographer,

mapping the intersections between blue

you were painting a cross section of your chest

a sprawling metropolis of arteries and veins

you told me you were never good with math.

I remember when you started painting black,

twirling on the axis of midnight,

When the rods in your eyes melted like cavities

when you too started smelling like stir fry cigarettes

you told me that the sum of all colors

would always be black.

I remember the day you stopped painting,

you told me you were looking for a rainbow

one that wasn’t anchored in pots and woks

you were looking for a reason to believe

that rainbows could exist without the gold.

I remember the day you met a boy,

one that made you feel top heavy

so you fell head over heels

for a man with a prism heart

I’ve come to the realization that

I was never good with math either

I could never get my order of operations right

I have this habit of subtracting before adding

We haven’t said more than a word to each other in years,

but lately i’ve found myself wanting to be more honest,

no metaphor will ever be a suitable

for the three words i never said to you

when you needed me the most

So let’s start over,

Have I told you that I’ve given up trying to be an accountant?

these days I’d much rather be a stormchaser

like one of those guys on the Discovery Channel

I want to dive headfirst towards the nearest twister

and set a picnic in the eye of the storm

with rods and cones in hand

we will find that rainbow.